Soon after we first moved to Boulder, Colorado I was in Fleet Feet Sports Boulder checking out new shoes, gear, chatting, a usual day in a running store…My attention was drawn to a shiny dustbin near the till, that was nearly overflowing with running shoes.  Right on top was a pair of Newtons, my first introduction to the brand – of course you can’t miss them because of the bright exciting colors! 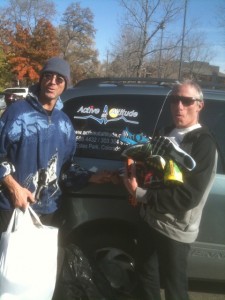 I asked the then co-owner of the Fleet Feet Sports Boulder, Jay Johnson, what the bin was for? “We collect old and part used running shoes for One World Running,” replied Jay. What do One World Running do with them, I asked..and Jay told me…Have you ever had one of those moments when you hear an idea and think, that is brilliant! Often they are based around the simplest of principles, and that is exactly how One World Running started out.

Mike Sandrock lives in Boulder and has running coursing through his blood. He is one of those journalists that can write a great story because he lives many of those stories himself. Being a runner and living in Boulder in the 1980’s meant that you could jump in on training runs with athletes like Steve Jones, Arturo Barrios, Lorraine Moller, Frank Shorter, and many more…it was a time when there were no cliques or groups, everyone had one interest in mind, running, and running fast! Mike combined his journalistic knowledge with the running tales he had collected over many miles around Boulder, and published “Running with the Legends” in 1996.

In 1986, Mike, together with a group of athletes in Boulder, started “Shoes for Africa.”  Mike had been on a coaching and racing trip to Cameroon, West Africa – many of the runners there ran barefoot, and Mike was touched by what he saw and experienced there. He returned to Boulder and started working with folks like Steve Jones, Lorraine Moller, and Arturo Barrios to begin shipping shoes to West Africa.

Since then a group of runners in Boulder has collected, washed, and sent shoes, T-shirts, and shorts to needy athletes and children around the world. The project continues to grow with shoes and athletic equipment being sent in from around the United States. Now called “One World Running” the group is a 100-percent volunteer organization, and the program has now expanded globally. The West End 3K criterium road race in downtown Boulder was started in August, 2001, as fundraiser for Shoes for Africa. In a recent addition, soccer cleats are now collected, as well as baseball equipment. When I first heard of what One World Running does my mind instantly went to how many pairs of shoes I had just thrown out – now they can be put to a much better use.

For every $195 One World Running raises, roughly 50 pairs of shoes can be sent to sub-Saharan Africa (or double that amount of shoes to Haiti and Central America). The majority of the shoes come from individuals, and from running clubs or Girl Scout troops (for example) that put on shoe drives. Some of the shoes are new; many are “near-new,” which are the ones sent overseas. The shoes that are beat up and not suitable for shipment are sent to Nike in Beaverton, Ore., through Boulder’s Eco-Cycle program, to be ground up and made into running tracks and playgrounds through the Reuse-a-Shoe program.

Active at Altitude have been collecting shoes for One World Running since 2007, encouraging athletes that come and train with us to bring their old or unused trainers, as well as surplus running gear. We collect them together and take them down to One World Running and their storage in Boulder. The picture above shows Mike Sandrock with Terry Chiplin, owner of Active at Altitude, with shoes collected from our generous runners. There are now drop off locations around the USA, in Alabama, Arizona, California, Colorado, Georgia, Illinois, New Hampshire, Oregon, Texas, Virginia, Florida, Utah, and Ontario in Canada! Check on your nearest location here.

Just before Christmas I dropped off nearly 30 pairs of shoes, and a large bag of clothing that we had collected at Active at Altitude, to One World Running storage in Boulder. While I was there I asked founder Mike Sandrock a few questions about One World Running:

Where are these shoes and clothing likely to be sent?
Your shoes and clothes have been added to the mix going to either Haiti or Cuba, both in January. After that, shipments scheduled are the island of Dominica, Cameroon, and then Belize. Students distribute the gear on some trips, and runners are welcome to come on any trip.

How many shoes do you usually collect in a year?
We go through between 8-10,000 pairs per year, some years in past have been more.

Can people help One World Running aside from donating shoes or clothing?
We are a Colorado-based non-proft, all volunteers, which means low stress, and lots of fun! Volunteers are always welcome for a variety of tasks, from washing shoes to boxing, shipping, or dropping beat-up shoes to EcoCycle, where they go for recycling. Anyone can join one of our service trips around the World, details on the website.

Are there any plans to grow One World Running?
No goal for growth, we like to keep things going “organically,” to use a good Boulder term, with folks like you.

Anything else planned or in the works?
We do have a new race June 21, second year, at the Yankton, S.D. Sioux reservation. A group of runners will be carpooling up to the “Mother Earth Trail Half Marathon,” again, anyone welcome. We do lots of work with preventative health care, in places like Honduras, Belize and Haiti. Ana is an RN, and students often set up clinics and seminars.

See more on One World Running at their website – http://oneworldrunning.com/ 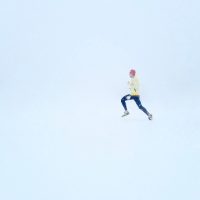 Staying warm in the Winter 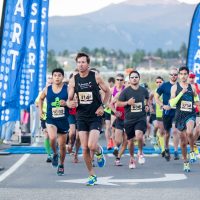 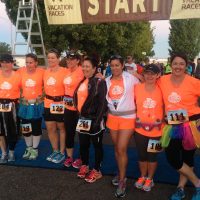 5 reasons to come to a positive race workshop

Listening to my body